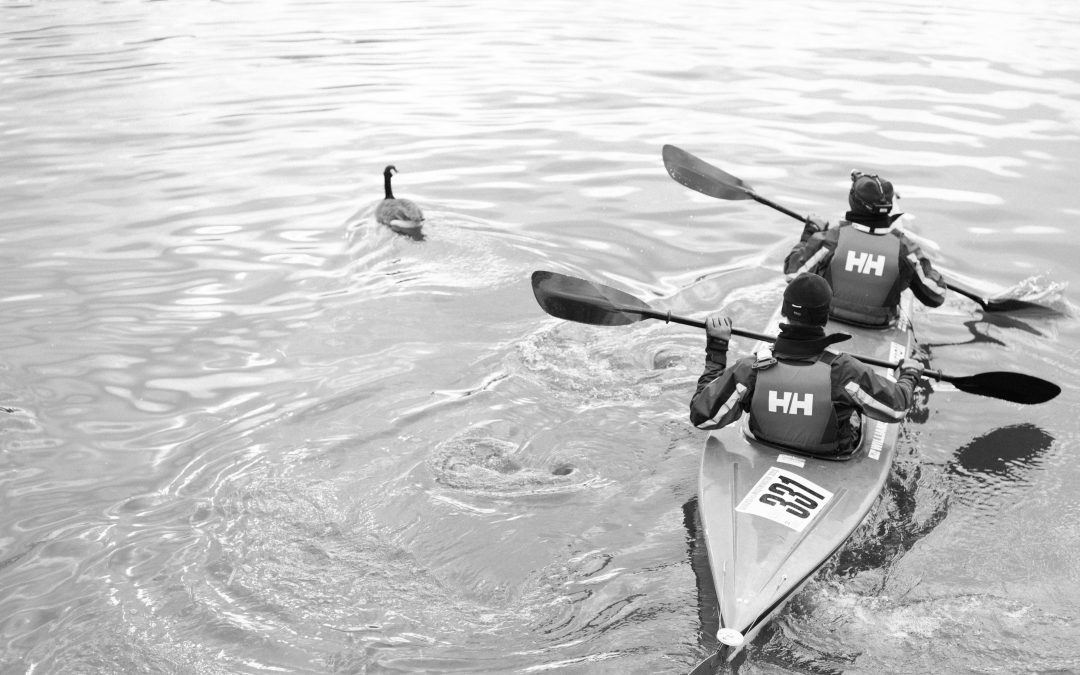 This isn’t my usual kind of blog… no pretty wedding pictures here. Just two men, in a kayak, for 125 miles, non-stop. One of these crazies is my husband, Phil. The other is his school friend and fellow crazy, Marc (affectionately known as Hards). Together these two have conquered some of the UK’s toughest challenges including Ironman Bolton and cycling John O’Groats to Lands End. 2015 was the year of the kayak for them and in kayaking terms, the DW race is the Everest of kayaking. DW stands for Devizes to Westminster, a 125 mile non-stop race. Devizes is in Wiltshire and is a small town based around a usually quiet canal. The route then crosses the country and joins the river Thames at Reading. The finish line is Westminster bridge where successful crews are greeted by the sounds of Big Ben.

When Phil told me about this race I didn’t initially realise the gravity. To put it into perspective, there is only about a 60{b3618edfa836b4e104e053ee92e81b84b7e1632ae7e4c9064f537a1710877c6e} finish rate. Crews retire because of tiredness, exhaustion, hypothermia. Steve Redgrave (Olympic rower) retired at 87 miles because of tiredness. Several other Olympians have tried and failed. This is nothing other than gruelling. Especially if you have never kayaked in your life; which neither of these two had.

So, autumn 2014 saw the addition of The Bathtub into our family. The name came from the response that Marc and Phil had when they went along to a kayak training session with a bunch of kayak pros. They were told, and I quote “doing DW in that would be like doing the Ironman on a shopper”. A challenge of neither of the boys could resist. The obvious advantage of a boat with a slightly larger booty was that the blooming thing wouldn’t tip over quite so much, decreasing their chances of hypothermia, increasing their chances of finishing.

Recommended training for a race like this is at least 6 months hard slog, and that’s for kayakers. Slowly but surely the training started and over the winter they had some early and very chilly starts. I think we all remember pretty vividly 6am in Aldermaston in January in -3 icy conditions de-icing the boat with a screwdriver. Countless sessions followed, the honeymoon period was over. By March the boys were ready for a night paddle which started at the dreaded Dreadnought Reach at 8pm and ended in Windsor 6.5 hours later.

Race day started on the Saturday of the Easter weekend, they chose to set off at 12pm. I don’t know if anyone really knows how they will fair kayaking for c. 30 hours… We tried to feed at as many portages as possible. Portages, for normal people, are basically locks. The race has 77 portages at which point the crew have to get out, carry their boat to the other side and get back in. It doesn’t sound that bad on the face of it but a minute wasted at each lock was an additional hour plus of paddling this gruelling course.

The night was actually OK for them, it’s surprising how much light you get from the moon. But the canals are eery and it’s not your usual place to be at midnight on a Saturday. I asked how you avoid the weirs… apparently you just ‘hear them’. Wouldn’t be a good enough answer for me.

Food consisted of…. jelly babies, chocolate bars, brazil nuts, hot cross buns, cereal bars, brie rolls, pasta, soup, cheese, melon, oranges, bananas, fruit pastilles, jelly, peanut butter rolls, and water… gallons of it. We planned to properly feed every 2 hours with every other being hot food. During these stops the boys would hop out, sit on chairs, shove food in and then leave.  Probably the worst of all stops was the porridge stop at about 6am in Windsor. It tuns out after kayaking for that long you just might not fancy what’s on offer….

Morning was tough… they were cold, tired, not hungry but massively down on calorie intake. Arms were tired and for the first time we saw glimmers of doubt. Phil says it was at this point he started to really wonder how on earth they would paddle all through the day to get to Westminster. As we waved them off from the little pontoon in Windsor the paddles were low, they were tired and we all felt a bit flat. The psychological lift I thought they would get from being inside the M25 and back to daylight just didn’t come.

There were 3 of us in our support crew – my Dad, Philly (Marc’s wife) and me. By Sunday morning the wheels were coming off our previously immaculate pitstops. We were feeling tried and emotional. Sunday saw the 3 of us burst into random fits of tears on several occasions.

London bound meant though that support was near. Friends gathered at various points throughout London to cheer them along and then of course a whole bunch of people were waiting at Westminster. By then we all knew they would finish and the incredible sense of relief started to sink in. Both of them mentioned what a huge help the support was and how it really helped them push for the last few miles.

Sure enough there they were on the tracker…. our boys in their blue cags, in their white boat with blue paddles, coming around the corner for the last stretch. We were all so proud of these two crazy fools on completing this crazy challenge and we were bursting with pride as they passed under Westminster bridge a whole 31 hours, 38 minutes and 48 seconds after setting off. This most certainly isn’t a challenge to be sniffed at… as well as physical strength you need bags and bags of resilience and a huge helping of courage. Well done boys, we are all so proud of you x

How happy I am to have a newsfeed full of weddings

Each day I celebrate taking one step closer to pho

One of my highlights of 2020 has to be the wedding