A Weekend in Berlin on Film #filmisnotdead 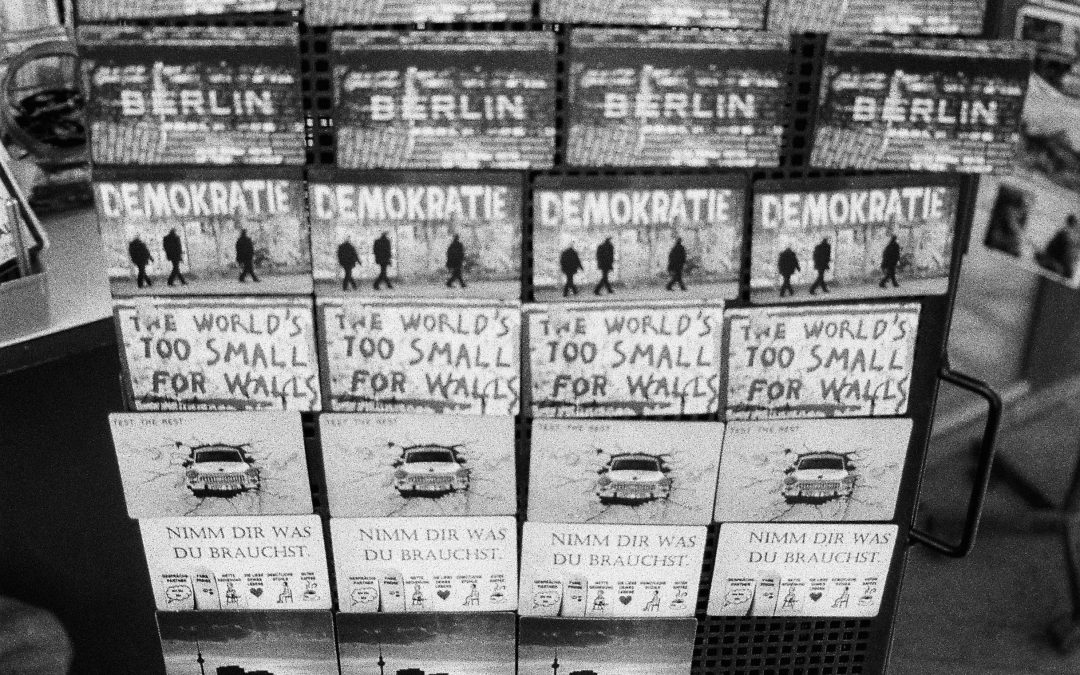 I first picked up a camera about 25 years ago. It was my Dad’s Minolta X-300 35mm which at the time was a pretty neat bit of kit. I remember he had a moulded leather case for it and a jazzy strap which when he carried it around on family holidays I thought looked pretty cool. Fast forward a few years and that was me, walking around Berlin armed only with the Minolta 35mm. I had to resist a pretty strong urge not to pack any digital kit ‘just in case’ but so glad I did. Sat in the airport I loaded my first film, it felt rather nostalgic. The whole ritual of using a 35mm cannot be replicated now, the gentle loading of the film, popping the cassette into place and the satisfying click when the back is shut. Ready for action with my jazzy 1980’s strap I headed for the wonderful city of Berlin.

I’d never been to Germany before, let alone Berlin. So as I always do, I bought a guidebook and checked out the top 10. I was travelling with a very close friend who shares my desire to really see and feel a city and there is so much to do in Berlin. Probably the most striking and thought provoking was the Topography of Terror which is a museum built at the Gestapo headquarters and depicts the story of World War II. Some truly devastating imagery. Much of the museum is outside and despite it being beside a busy road there was an eery silence.

We also visited the Reichstag, Checkpoint Charlie, Brandenburg Gate and the TV tower (incredible views). A trip to Berlin wouldn’t be complete without a stroll along the remains of the Berlin Wall, which is now referred to as the East Side Gallery. It’s quite unfathomable how this wall separated people of one nation for so long. Built by the German Democratic Republic in 1961 it separated the East from the West. Once a symbol of repression it is now a celebrated symbol of peace and freedom since it’s destruction in 1989.

I loved Berlin. It’s smart, cosmopolitan, free-thinking and modern. Old Berlin boasts some stunning buildings and quaint spots but modern Berlin boasts clean lines, shiny buildings and trendy nightlife. Most importantly I tried Currywurst which despite my reluctance was actually delicious. And I now want to eat Potato Salad, with everything, even breakfast.

Seeing these faces smiling back at me after waitin

Next week I’ll officially be back photographing

How happy I am to have a newsfeed full of weddings